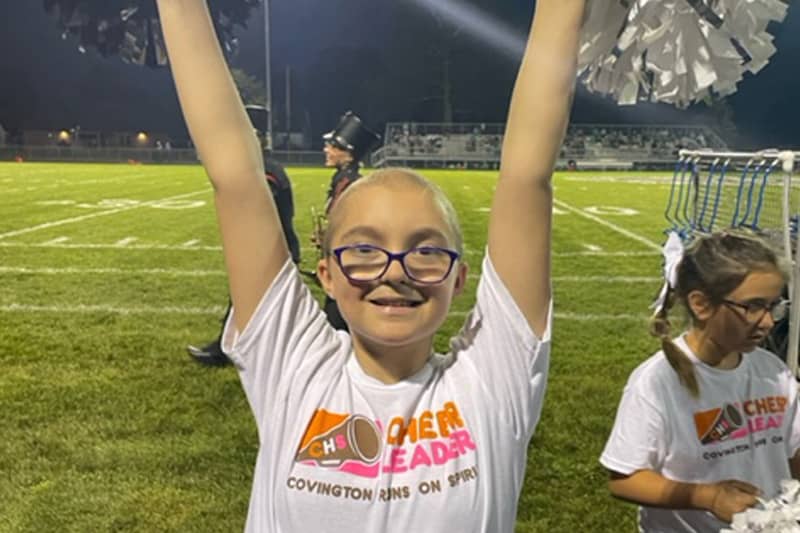 Lucy Sparks is a fourth grader at Covington Elementary School. She loves to cheer as well as draw, paint, and color. She is a very creative young lady! This past summer, 2022, Lucy was diagnosed with Acute Promyelocytic Leukemia. The wonderful team at Dayton Children’s is currently treating her.

Please consider purchasing a “Love for Lucy” t-shirt to show Lucy and her family your support! Our friends at Well Worn Clothing Co. have designed this tee (with Lucy’s help!) and are donating a portion of the proceeds directly to Lucy’s family to help cover medical costs. Let’s show the Sparks family what a caring community Covington truly is by showing our “Love for Lucy”!

Scroll down to support Lucy and her family with the purchase of a tee. 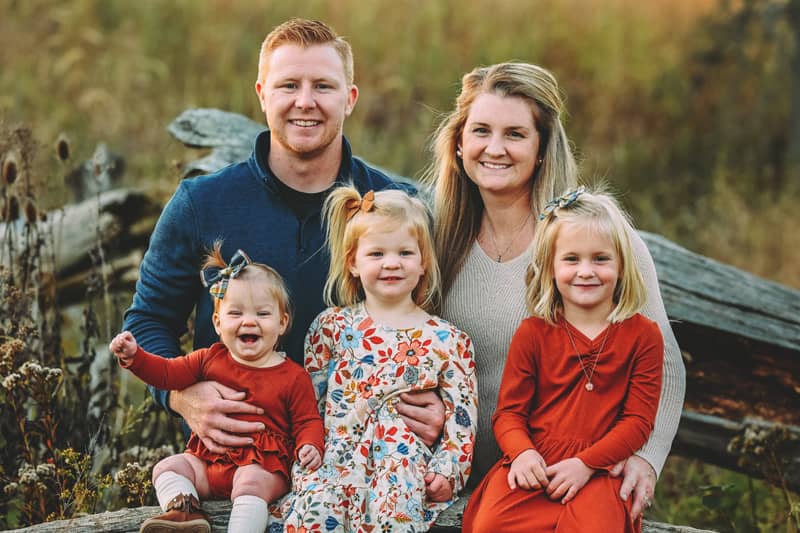 Ben Wilson was born and raised in Covington, Ohio. He graduated from Covington High School in 2011, where he played baseball and football. Ben went on to Wright State University, completing his degree in 2015. Upon graduation, Ben was fortunate enough to get a job at Midmark Corporation in Versailles, where he still works as a Product Manager. Ben and Brooke were married in 2015, and together they have three beautiful daughters; Addison, Laurel, and Maela. They are real “Daddy’s girls,” and they are the light of his world.

On March 2nd, 2022, Ben had an MRI due to some prior headaches, thinking, of course, that it wouldn’t be anything serious. On March 7th, 2022, he underwent a craniotomy to remove a baseball-sized, malignant brain tumor. Pathology reports indicated that the tumor was a glioblastoma, and stage 4 brain cancer. Through all of this, Ben has stayed positive, and is living life to the fullest with his family until the Lord decides to call him home.

Scroll down to support Ben and his family with the purchase of a tee.

Proceeds from every sale go directly to these families!

And, choose your personal donation amount!
Not only do you get the tee, you can choose the Donation Amount ($10, $20, or $30) you want to give directly to support these families!